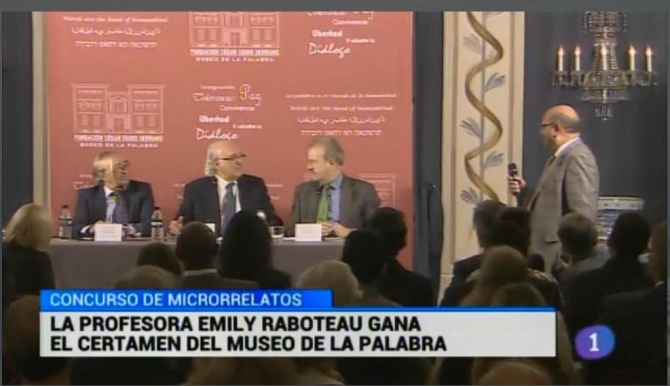 The International Jury of the IV Edition of the Flash Fiction Competition César Egido Serrano, Museum of Words, is composed by:

His Excellency Mr. C. van Rij, Ambassador of The Nederlands.

Once read, the finalists that were previously selected among the 35.609 stories from 149 countries, by a Jury, composed by 20 creative writing professors, has determined the following results:

Runner up with $2.000 in Spanish language, to Mr. Oscar Gómez, from Medellín, Colombia, for “It does not clear up””.

Runner up with $2.000in Hebrew language, to Mrs. Mira Kaufman, from Jerusalen, Israel, for “Blinking”.

The following stories will also be awarded with diploma as finalists:

“He finished digging”, by L.S. Christopher, from United States.

“The game”, by Neha Shrivastava, from India.